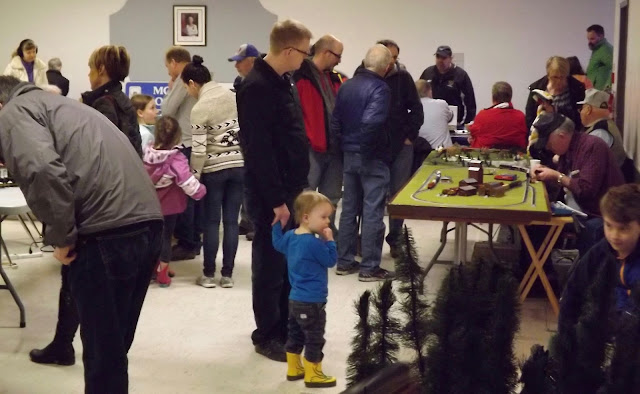 The WMRC wishes to thank the hundreds of happy people who attended our 2017 annual train show and open house, which was held last weekend at the Charleswood Legion on 6003 Roblin Boulevard. The event was very well attended, and we raised a lot of money, of which a portion of the proceeds will be donated to St. Amant. Everyone loved the complimentary "I Love Trains" buttons that the club had made for the show. Hope to see you all next year! 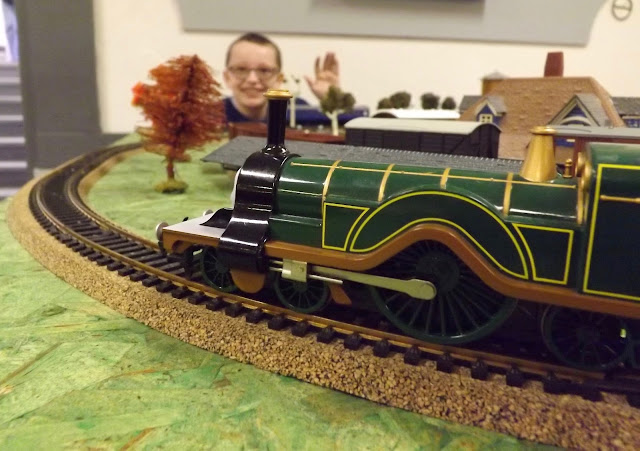 James South shows off the South family model railroad, which the built with his brother Tommy and his sister Frances. The layout's design was taken from an Atlas layout book from the 1960's. 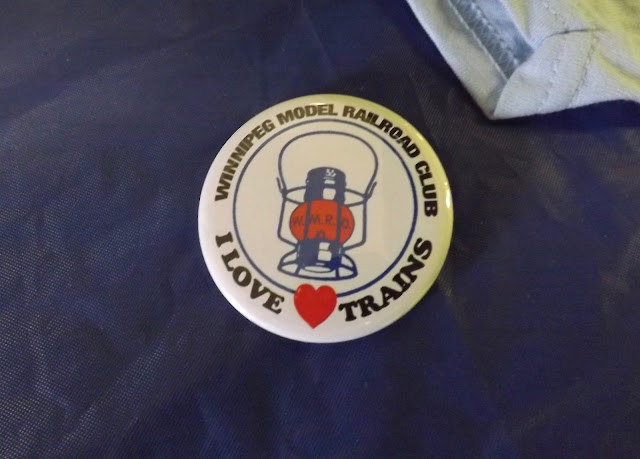 Everyone loved the complimentary "I love trains" buttons which were handed out at the show. 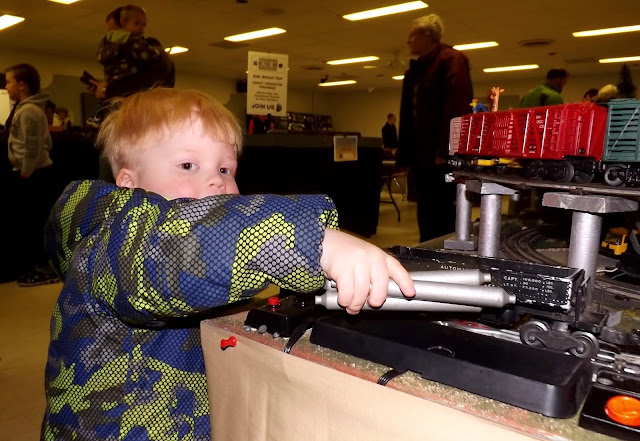 This youngster was having a lot of fun loading the cylinders into the car on the giraffe train layout!

Posted by Paul Ullrich, WMRC Blog Editor at 11:38 AM