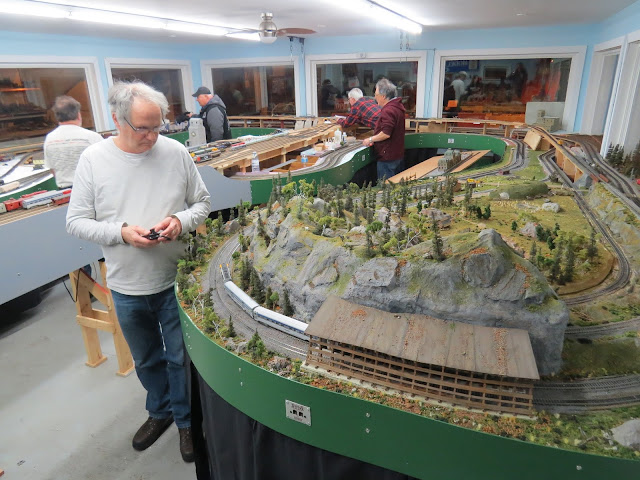 Former WMRC President Larry Leavens is seen running a passenger train at a recent operating session at the Gateway Western Railway in the Winnipeg Railway Museum.

Shaw TV Winnipeg has started an exciting new series called Train Town, and the WMRC's Gateway Western Railway has been featured in the very first episode. The episode, which runs just under five minutes, is available for Shaw cable subscribers, but it is also available for viewing on You Tube.

The first episode features our own Gino Kost, the man who literally built the Gateway Western from the ground up, building and all, with a small group of dedicated volunteers from the WMRC and the Winnipeg Railway Museum.

This high quality, professionally produced episode is available for viewing by clicking here.
Posted by Paul Ullrich, WMRC Blog Editor at 7:12 AM